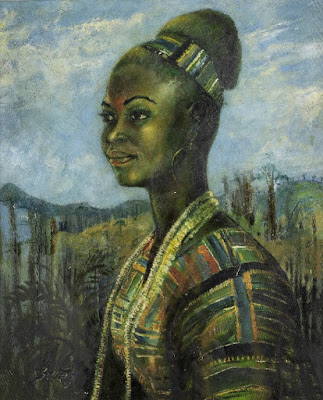 Bonhams Director of Modern & Contemporary African Art, Giles Peppiatt, said, “Marianne was a close friend of Ben Enwonwu – they were neighbours in London during the 1960s – but in this portrait, she is transformed by the artist into a symbol of African pride. This wonderful painting attracted spirited international bidding and the high amount of the winning bid is a reflection, not only of Marianne’s dignified presence, but also of Enwonwu’s enduring appeal.
Other highlights of the sale included:
•       Fruits of Bali by Vladimir Griegorovich Tretchikoff. One of Tretchikoff’s most beloved and recognizable paintings, it had an estimate of £200,000-300,000 and sold for £250,063.
•       Raw Light, by Gerard Sekoto, an atmospheric depiction of Eastwood township executed before the artist’s self-imposed exile to Paris.  Sold for £137,563.
•       Negritude by Ben Enwonwu sold for £162,563 (estimate: £100,000-150,000).
•       Moon Madonna by the Nigerian artist Jusuf Grillo.  Sold for £137,563 (estimate £60,000-90,000).

CHALLENGE OF CAPTUTING MOREMI IN PAINTING, SCULPTURE OF 28 ARTISTS

IN 60 YRS, ONOBRAKPEYA'S ART BLOSSOMS AS METAPHOR FOR 'WHERE THE ELEPHANT HAS PASSED BY' 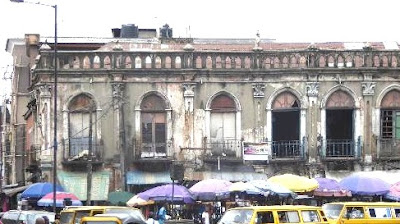